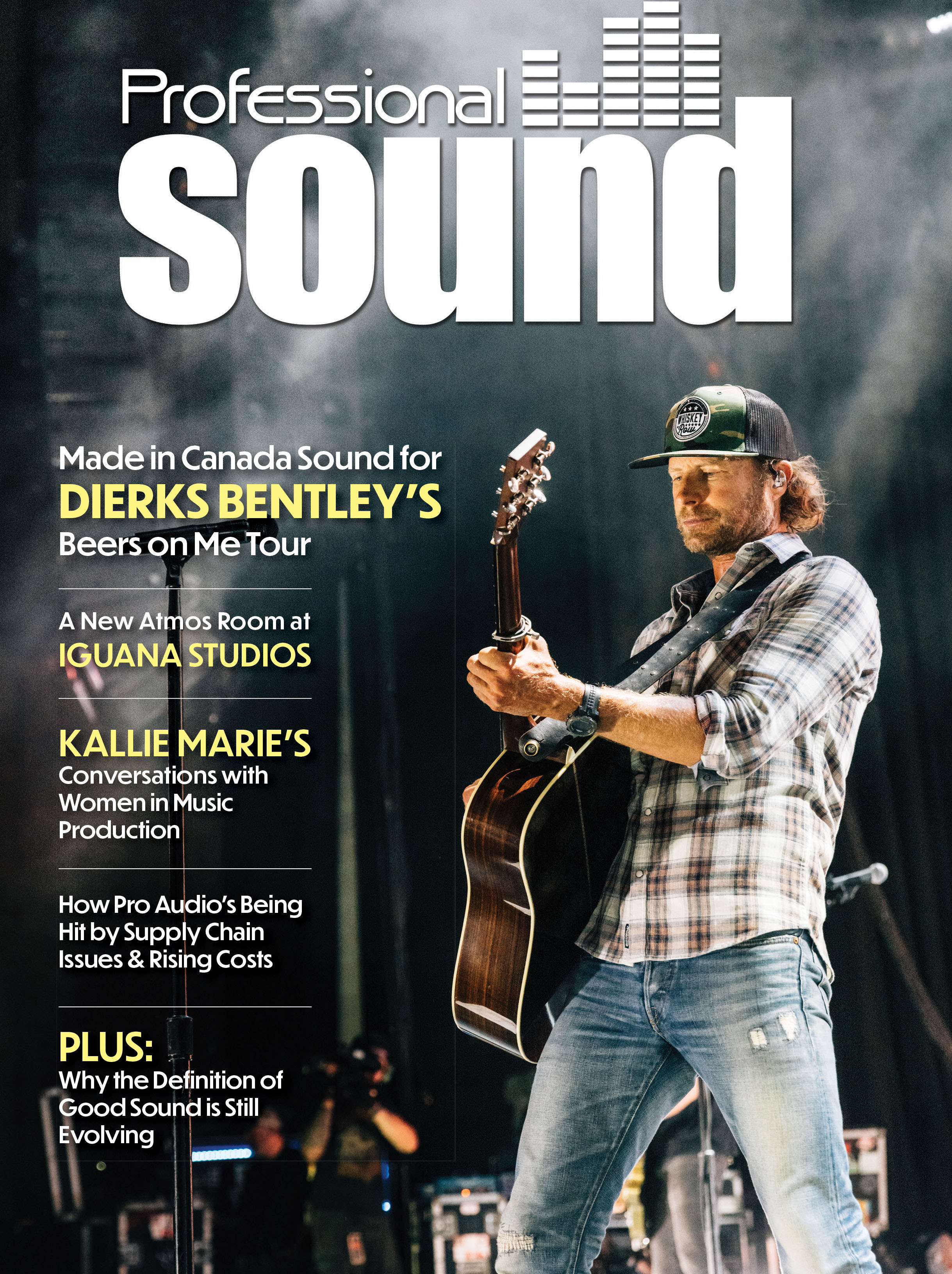 Dierks Bentley’s Beers on Me Tour

American country music star Dierks Bentleyis on the second leg of a three-month NorthAmerican trek dubbed the Beers on Me Tour ,which sees the sound crew adapting their PK Sound rig for amphitheatres, festivals, and other venues. FOH Engineer James “Pugs” McDermott and Monitor Engineer Scott Tatter dig into their respective setups and mix approach, and how they’re finding the Canadian-made speakers. Pugs also dishes on some brand-new software that is being alpha tested on tour.

It’s Arriving When??? And Going to Cost How Much?!

If you’ve paid attention to the news in recent months, the competing crises of inflation, product shortages, and supply chain issue shave dominated the discussion and affected every product category. There is no single reason for it — it spans from factory fires in Japan to drought in Brazil to lockdown sin China and rising consumer demand in America. No industry has been spared, but being that we’re a pro audio industry magazine, after all, and the issues are so all pervasive,it seemed about time that we ask around and find out what specifically is ailing the audio products industry.

For 28 years, Iguana Studios’ owner and president, Vic Branco, has prided himself on running a recording facility “built by musician sfor musicians.” Recently, the studio has added substantially to their ability to serve clients by installing a Dolby Atmos/Sony 360 Reality Audio Mixing system comprised entirely of Genelec loudspeakers. The decision to upgrade was predicated on what Branco believed was the maturity of the technology– and perhaps, as importantly, its applications for average listeners.

Kallie Marie on Conversations with Women in Music Production

New York-based producer and recording engineer Kallie Marie chats with Professional Sound about what she learned compiling her new book, Conversations with Women in Music Production: The Interviews. In it, she speaks to a wide array of acclaimed female producers/engineers about the overt and subtle obstacles that prevent women from entering the recording industry and advancing. Plus, we share an exclusive excerpt.

Every Issue Of PS Includes: