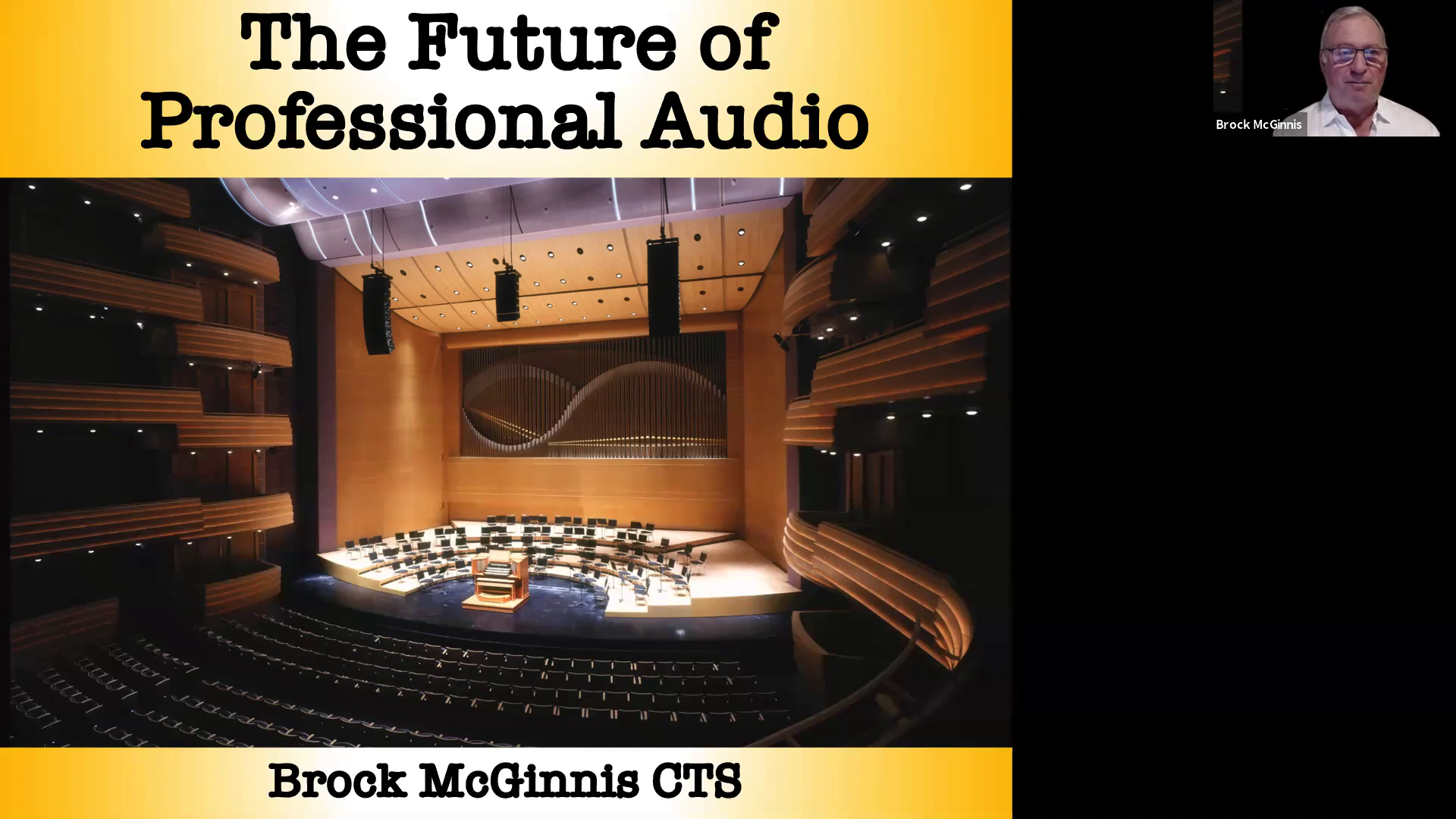 Brock McGinnis CTS presents The Future of Professional Audio, featured in the Professional Sound Industry Meetup. McGinnis currently is the Vice-President of Sales and Operations for Nationwide Audio Visual.McGinnis is well known in the industry for his 20-year tenure leading the highly-regarded integration division of Westbury National. A frequent contributor to AV conferences, publications, podcasts and social media, he has served on the Board of the Music Industries Association of Canada, as well as InfoComm and AVIXA committees and councils in the U.S. In 2017 McGinnis became the first Canadian inducted into the System Contractor’s Hall of Fame.