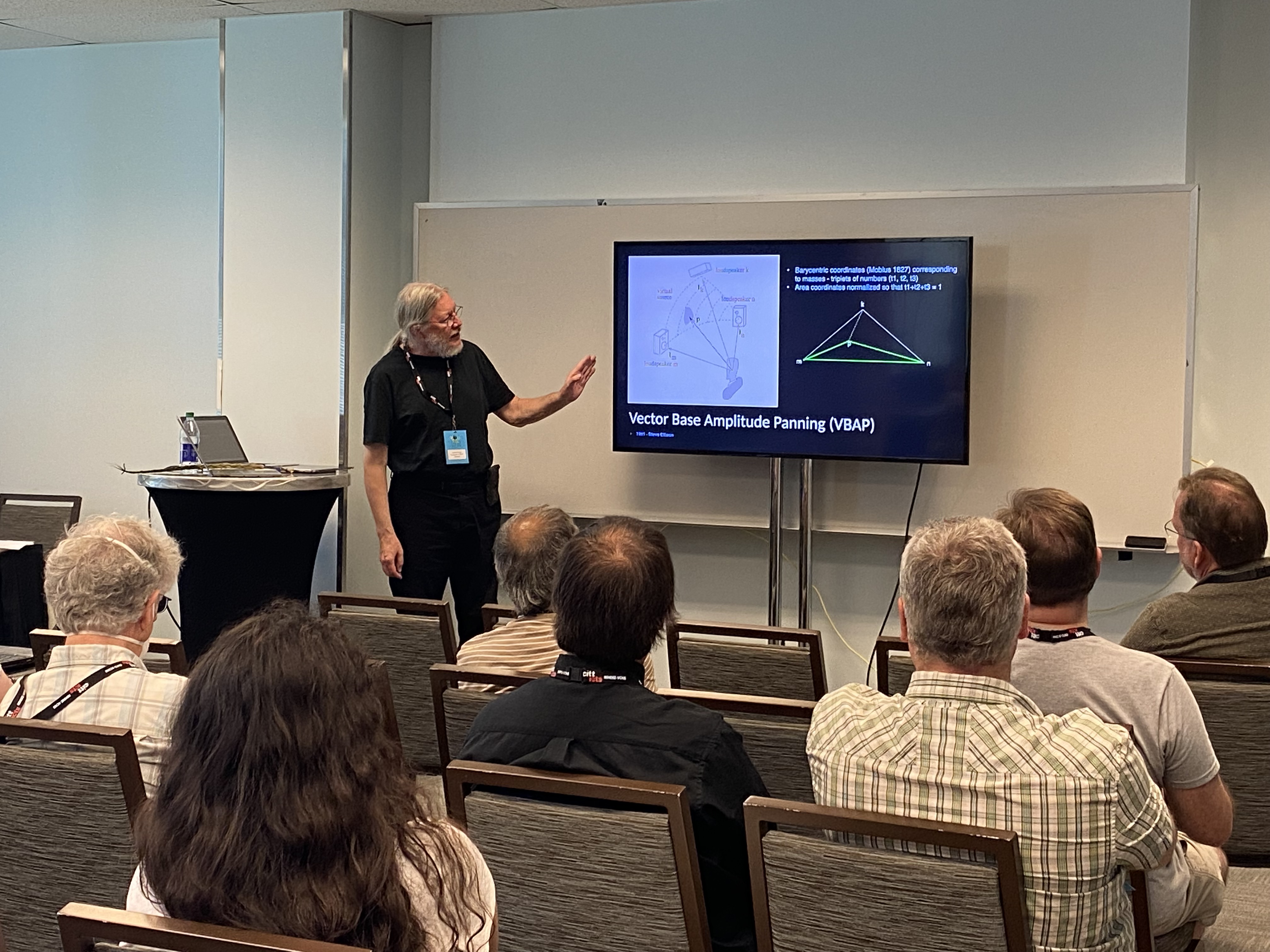 CITT/ICTS’ 32nd Rendez-vous Annual Conference and Trade Show took place  from Aug. 11-13, 2022 on the University of Calgary campus, in conjunction with World Stage Design. Rendez-vous and WSD delegates had access to both events with a single registration, allowing participants from around the world mingle and connect.

The Rendez-vous conference programming offered delegates multiple professional development opportunities and fun social activities, all of which have had great attendance, according to organizers. Conference sessions and roundtables topics ranged from theatre rigging, lighting, sound and architecture to eco-friendly costume design, peer-to-peer mentoring, and safety management, just to name a few. The sessions were held in a hybrid mode, allowing remote participation via Zoom.

The Rendez-vous trade show, held over two days at the MacEwan Hall, was a meet and network with industry suppliers, manufacturers, organizations, and schools from across Canada.

CITT/ICTS’s key fundraising event, Swag Bingo, was also a success, raising over $1,700 to be donated to The AFC, which provides compassionate aid to Canadian entertainment professionals working in all aspects of film, TV, music, theatre, and dance.

CITT/ICTS would like to express its gratitude to all the conference sponsors for their support: Christie Lites Sales, University of Alberta, GerrAudio Distribution, Actsafe Safety Association and the National Theatre School of Canada.

"Little did I know that as I left the last event after a successful Rendez-vous in Whitehorse,Yukon on August 17, 2019, that it would be CITT/ICTS’ last in-person conference for three years. We did not know the storm that was brewing, nor did we know the far-reaching effects it would have on our industry – our next in-person event would not take place until Expo-Scene in April of this year.I also did not know that I was going to be returning this year as president-elect, preparing to take over the helm,” says Paul A. Del Motte, president ofCITT/ICTS. “The success of this conference could be measured by many metrics: number of people in attendance, diversity of programming, participation at the trade show. All of these were very positive, with over 200 registrants and well-attended presentations. However, I think the most important metric we should use to measure the success of this event was as a gathering of likeminded souls and friends able to meet in-person and not just via the life support of our Zoom windows.This is the strength of CITT/ICTS: making the connections with those with whom we work from all over this vast country, and sharing stories and ideas that – at the end of the day – will continue to make us better and build a stronger community. I look forward to what the next couple of years will bring, both their challenges and successes.”

The next CITT/ICTS Rendez-vous Annual Conference and Trade Show will be held in Toronto in August 2023 and in Saskatoon, SK in August 2024. For more information and updates on future shows as they become available, go to www.citt.org/annual_conference.