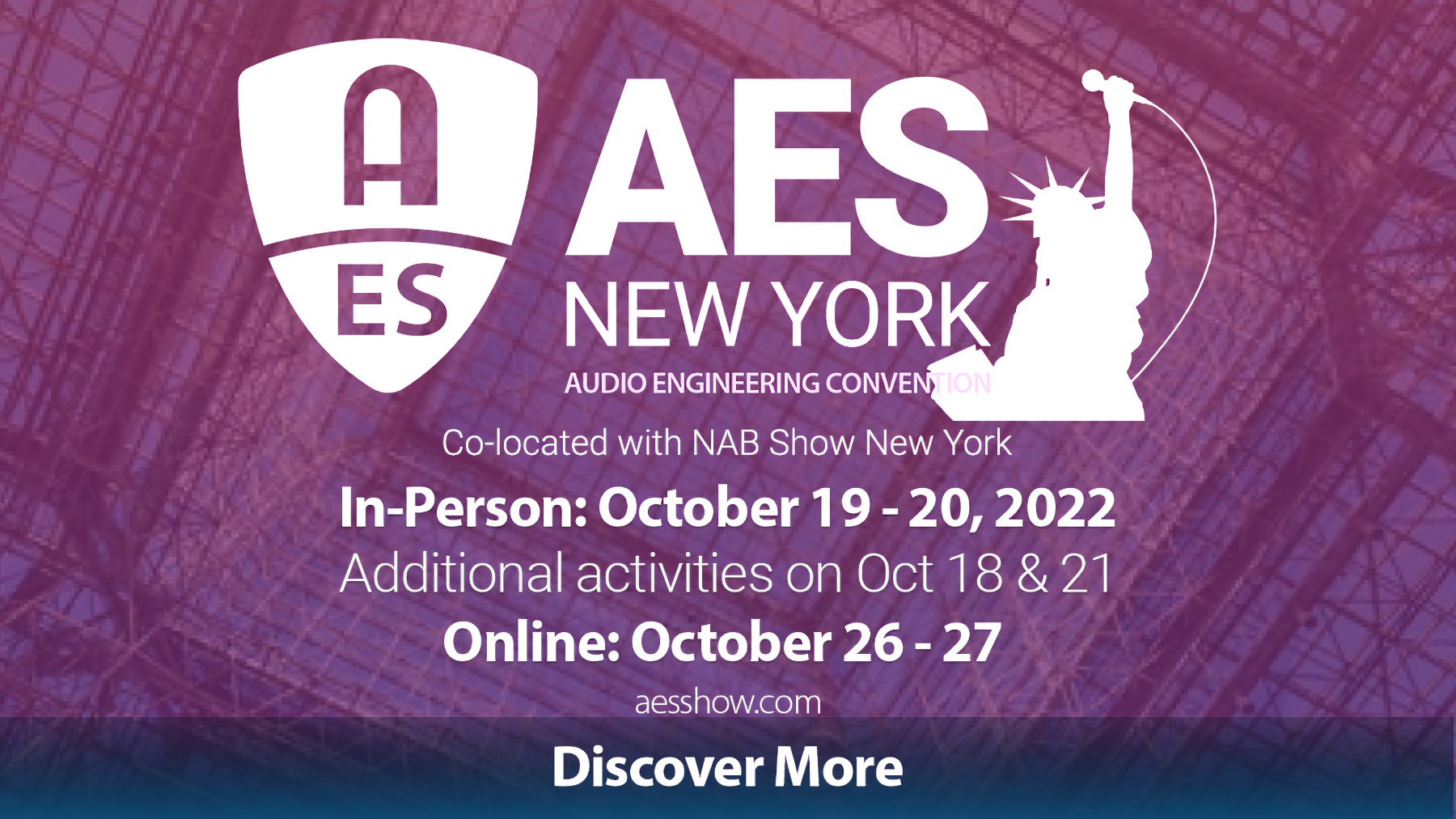 Technological & Creative Innovation to Be Celebrated at AES New York 2022

There are technologies now so foundational that they are indelibly integrated into audio production, and individuals so influential that they permanently advance the creative application of audio technology. Included in the AES New York 2022 Convention’s two full days of comprehensive sessions on October 19–20 are celebrations of such contributions to the audio sciences alongside the exploration of the latest technologies and the ideas of the latest generation of innovators.

Fifty years ago, the concept of a parametric equalizer was introduced at an AES Convention in a paper authored and presented by George Massenburg, now an AES Fellow and Gold Medal awardee. At AES New York 2022, Massenburg will return full circle for the golden anniversary of this seminal and now ubiquitous technology, discussing his coining of the term “parametric” and the experimentation and collaboration of individuals who contributed to the development of sweep-tunable EQ.

Fundamental technologies can be built upon, even generations after their introduction. In the AES New York Convention workshop “Applications and impact of the parametric EQ on the 50th anniversary of its invention,” Massenburg and other innovative engineers will review the established application archetypes for parametric and sub-band (“graphic”) equalization and explore creative applications of EQ.

Continuing the creativity theme, the AES New York session “Celebrating Al Schmitt” will recognize the enormous contributions to the art of audio production by this beloved producer, engineer and mentor. An AES Fellow, the late, great Schmitt’s seven decades of award-winning and excellence-defining recordings have inspired and led the way for thousands of today’s audio professionals, while entertaining millions. The celebration, led by Elliot Scheiner, will include contributions from additional friends and collaborators of Schmitt’s, including Frank Filipetti, Chuck Ainlay, Niko Bolas, Dana Dowd, Paula Salvatore and George Massenburg.

“One of the greatest aspects of the AES is the opportunity to meet and learn from the amazingly inspiring pioneers of our industry,” says Jonathan Wyner, AES Past President and Chair of the AES New York 2022 Convention. “The parametric EQ is something we take for granted, but we shouldn’t lose sight of its impact. It changed recorded music forever – and so did Al Schmitt, who set a standard for what recorded music could sound like.”

“Discover More” at the 153rd AES New York 2022 Convention. The ultimate experience begins in NYC with the return of the unparalleled interaction of an in-person Convention on October 19–20 (with additional training opportunities on October 18 and Tech Tours and Networking events on October 21). Then, on October 26–27, the online event will bring its own separately curated program of workshops and papers to a world-wide audience.

AES New York 2022 event partners include Dell, IMES (Iron Mountain Entertainment Services) and Qualcomm. The Convention will once again be collocated with NAB Show New York with a shared exhibits space. Exhibits+ registration, giving access to the in-person exhibition floor and related sessions, is free during the Early Bird period, while full technical program registration for the in-person or online components and All Access bundles are available at Early Bird pricing through August 31 at AESShow.com.