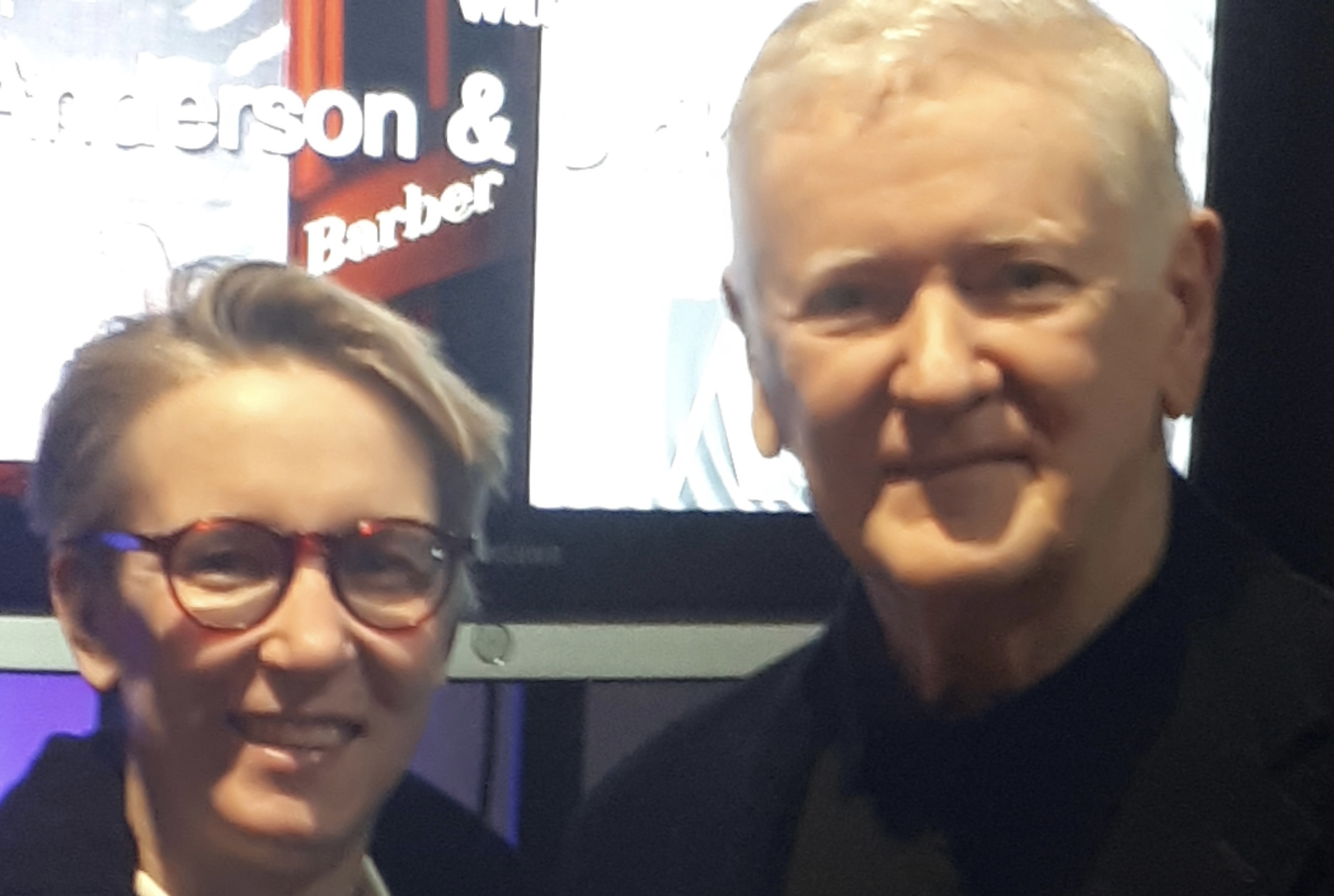 A second event was added due to demand.

By
Contributor
on
January 20, 2023
Category:
Events

Presented by the Toronto chapter of the Audio Engineering Society (AES) and hosted by the Hamilton Music Collective at the Gasworks on Tuesday, Jan. 17, the ”New Immersive and Surround Recordings by  Anderson and Schwarz” event was an unqualified success, with a sold-out first show and a near capacity second session added due to demand.

“We’re only as good as the people we work with,” Anderson humbly admitted to the audience as the song selection grew in both sonic and compositional complexity, culminating in the title track from Bloom’s Picturing the Invisible—an especially potent display of immersive 5.1.4 audio on an ITU setup provided by Genelec and SFM.

“I felt the Genelec speakers disappeared and I was only listening to music during the evening,” reflected Anderson, who is also Professor Emeritus at the Clive Davis Institute in the Tisch School of the Arts at NYU. ”I felt it was great to get the Toronto AES together with our friends at the Hamilton Music Collective, as there’s an exciting and vibrant music and music education scene set up there. The HMC facility was able to accommodate 80 listeners at each sitting comfortably and made for an enjoyable evening of immersive and surround listening. Ulrike and I are proud of the recordings that we’ve been working on over the year and we were happy to share them with the attendees.”

Toronto AES' Earl McCluskie was thrilled with the turnout, saying some people in attendance were experiencing their first ever AES meeting.

"Our recent Toronto AES meeting at the Gasworks in Hamilton was a huge success; we had to add an additional event to meet the demand," says McCluskie, "In our audience were people who had never attended an AES meeting, and were there because they had found out about the event through social media. One lady came out mid-first session to borrow my phone to call a friend to get down to the Gasworks venue ASAP."